If you’ve already had a rhinoplasty that left marks on the outside of your nose, you may be able to skip a second rhinoplasty revision surgery and fix the defects with a series of nasal injections.

Or, if you have a hump on your nose or a low bridge, a permanent rhinoplasty can be done with injections instead of a first surgery under the knife.

In both cases, you save not only unneeded expense but time away from work and family along with the need to recuperate from cosmetic plastic surgery. 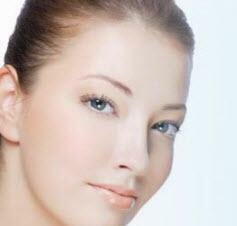 But why are there so many nose job revision surgeries in the first place?

It’s commonly known to surgeons and plastic surgery professors that rhinoplasty is the single most difficult procedure to learn and master.

Many plastic surgery professors say it requires about ten years for any one surgeon to get a good concept what happens in rhinoplasty and during healing in the following year while the nose takes its final shape.

Consequently, due to that difficulty of mastering the nose job, plastic surgery professionals long agoagreed that a first rhinoplasty is mishandled in about 20 to 25 percent of cases, leaving many nose job patients unhappy with the appearance of their noses.

That statistic – one quarter of all first rhinoplasties–happens due to both inexperienced surgeonsand the very, very challenging nature of rhinoplastywhich takes so long to understand and master.It’s so difficult because the nose is small and a three dimensional structure.

The common description of a “rhinoplasty specialist” is often given as one who has been doing the procedure at least twice weekly for at least ten years.Dr. Kotler has over 4,000 nasal surgeries to his credit during the last 33 years and teaches facial plastic surgery at two major Los Angeles universities, the University of Southern California (USC) and University of California, Los Angeles (UCLA).

Here is usually what has gone wrong to drive so many patients to look for a super-specialist like Dr. Kotler:

The first rhinoplasty resulted in moguls, grooves and depressions on the outside of the nose simply because too much tissue was removed; plus,the marks are very visible. In fact, the defects are all the eye sees when people look at the person’s face.

But when the nose fits the face and there is a more normal profile, the eye moves up, past the nose to focus on the eyes and the person looks completely different. Just look at any rhinoplasty before and after picture!

Usually, too much cartilage and bone have been removed from the nose. That happens because the deft touch and extensive knowledge of nasal anatomy needed for taking out just the right amount of nose tissue hasn’t yet settled in on the first surgeon.

The surgeon performing a first nose job musthave a feel for the proper amount of tissue to remove. Then he or she must have seen see many noses through a full year’s healing cycle.

Of course, all the while, in the case of a botched surgery, the patient only cares that the firstrhinoplasty left the nose appearing too scooped out or too pinched. What to do next?

However, Dr. Kotler has pioneered a new non-surgical permanent nose job method: permanent filler injections for the nose. Fixing deviations on the exterior of a nose with fillers is reliable and predictable. And, no surgery is involved, just syringes and tiny, thin needles.

One patient had several more operations on her nose – alas, all unsuccessful — to fix the damage performed on her very firstnose job. The patient was extremely unhappy about undergoing yet a fourthnose surgery under the knife.

However, when she learned her nose could be made to look better without an operation, using only a series of injections, she was so overwhelmed by relief, she cried tears of joy in consultation room.

How can cosmetic changes to the nose be done using only syringes?

Droplets of a medical grade, liquid silicon known as Silikon 1000 are injected directly underneath the skin of your nose with an ultra-fine needle – about the width of four or five human hairs.The permanent injection rhinoplastyinvolves no swelling, no bruising, and no facial discoloration. Following the injections, you resume whatever you were doing prior to your appointment which is usually three months away.

Mother Nature plays a huge hand in the process and walls off themicro droplets under the skin. That plumps up the skin so divots, marks and even humps on the nose are smoothed over. Injections of Silikon 1000 are done once every three months until the nose takes on a more normal appearance.

Get Direction on Map »